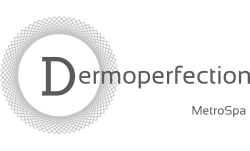 Celebrities are sabotaging one of lifestyle magazines’ traditional scoops by openly admitting to procedures they’ve undergone. The big names of Hollywood, music and reality TV are, it seems, less concerned than ever before about saving face by denying they’ve had work done.

Actors, musicians and others who inhabit the celebrity sphere are taking the guesswork out of “have they haven’t they” features, which are normally accompanied by a before and after photo, by explaining what they’ve had done, why, and in some cases, by whom.

Kylie Jenner has become the poster-girl for lip fillers by not only citing the specific treatment used for her lip fillers (Juvéderm), but the clinician (Dr Ourian in Beverly Hills). Meanwhile, her sister Khloe Kardashian is not only happy to divulge her use of non-invasive fat banishing treatment CoolSculpting, but even documented it on her familial reality TV show, Keeping Up with The Kardashians.

As treatments and procedures have changed, so has the rhetoric. In the past, celebrities could truthfully say they had not “gone under the knife” – thanks in large part to the approval of botulinum toxin for cosmetic use in 2002 which meant that radical surgery was no longer necessary to achieve a youthful appearance.

Paradoxically, now that cosmetic enhancements are generally far more subtle and less invasive, celebrities are de-stigmatising aesthetic enhancement and not holding back when asked what was, for many decades, a question they dreaded.

Curtis’ reasons for her no-holds-barred disclosures are part of a bigger picture in which she describes addictions to painkillers and surgery.

For every cosmetic procedure, celebrity or otherwise, there’s a motivation behind it, whether it’s a desire to cover over the imprint of 10 years worth of grief, as with singer Linda Nolan, or simply a wish to enhance a specific feature or reduce the signs of ageing. Noticeably, celebrity openness about the procedures they have undergone is increasingly accompanied by an outpouring of the reasons why.

However, while the reasons may not have changed significantly over the years, the acknowledgement by celebrities that they have undergone cosmetic procedures is a more recent phenomenon.

Rapper Iggy Azalea is no stranger to more drastic enhancements, having undergone rhinoplasty and breast enhancements, and has no interest in pretending otherwise. “I’m not denying it,” she says. “Denying it is lame.”

Meanwhile, some practitioners have raised concerns over normalising cosmetic procedures. One such surgeon is Anthony Youn, who has noticed more and more young patients requesting enhancements.

He has warned that there are just as many psychological ramifications as physical risks around having work done, “With plastic surgery, the fact is you don’t always look better. Sometimes you just look different — and that can be traumatic for certain people.” While celebrity openness about undergoing cosmetic procedures may be a positive shift in some respects, it could also be contributing to these concerns about normalising such procedures, particularly for younger patients who are perhaps more likely to be influenced by celebrity culture.

Despite the fears expressed by Youn and unlike celebrities who’ve been cajoled into “confessing” because changes are so noticeable, others, such as Azalea, are wholly unapologetic about her decision to undergo surgery.

“There was nothing wrong with me. I think it’s a personal choice and anybody, man or woman, should be able to make an informed decision. If you want to change something, then that’s up to you.”

Is surgery after 50 becoming the norm?